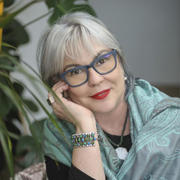 “In the past years gender equality is facing serious attacks by movements, intellectuals, politicians who are using gender for mobilizing hate. GenPORT collected those resources which have been accumulated in the past decades on gender equality in academia. As the achievements of the past decades are under attack GenPORT can help us to continue fighting for women’s rights in academia.”

Andrea Pető is a Professor at the Department of Gender Studies at Central European University in Budapest, Hungary, a Doctor of Science of Hungarian Academy of Sciences.
She has edited thirty volumes in English, in Hungarian and in Russian. Her works have appeared in 16 different languages. She has also been a guest professor at the universities of Toronto, Buenos Aires, Novi Sad, Lviv, Stockholm and Frankfurt. Her monograps include: Women in Hungarian Politics 1945-1951 (Columbia University Press/East European Monographs New York, 2003), Geschlecht, Politik und Stalinismus in Ungarn. Eine Biographie von Júlia Rajk. Studien zur Geschichte Ungarns, Bd. 12. (Gabriele Schäfer Verlag, 2007) and together with Ildikó Barna, Political Justice in Budapest after WWII (Politikai igazságszolgáltatás a II. világháború utáni Budapesten. Gondolat, Budapest, 2012 and 2015 by CEU Press). Her recent book is co-edited with Ayse Gül Altinay: Gendered Wars, Gendered Memories. Feminist Conversations on War, Genocide and Political Violence, Routledge, 2016. She serves as an associate editor for the European Journal of Women’s Studies. She served as a coordinator of training as a Core Group Member of GenderSte, COST Network of Women in Science, Technology and Environment and member of Horizon2020 Societal Challenge Advisory Group (2014-2016, 2016-2018) and as a member and Vice Chair of Advisory Group on Gender (2014-2016, 2016-2018). She also served board member (2009-2014), co-president (2011-2014) of Atgender, The European Association for Gender Research, Education and Documentation.
In 2005, she was awarded the Officer’s Cross Order of Merit of the Republic of Hungary by the  President of the Hungarian Republic and the Bolyai Prize by the Hungarian Academy of Sciences in 2006.