Cultivating Humanities: the Studies of Gender

This academic year, at the University of Rijeka, we have launched the communis elective course ‘Gender Studies’ that is available to all students regardless of their study group, and regardless of whether they are on their BA or MA cycles. Alongside the course, we have published a textbook edited by Sanja Bojanić and Brigita Miloš, members of our SPEAR team. 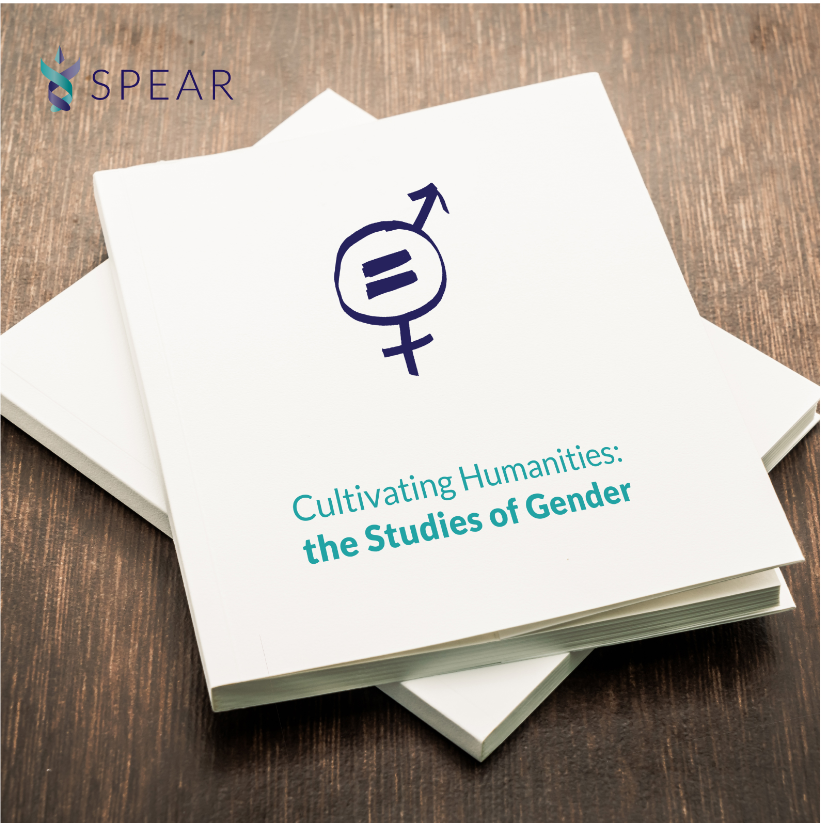 Exploring the topics of gender and gender equality, which are nowadays often disputed, is both courageous and necessary. Although the studies of gender have long been, both in Europe and in the Republic of Croatia, legitimized as a scientific discipline, they have, surprisingly, again emerged as a controversial issue. The object of their investigation, ‘gender’, is criticized as an ideological construct that, as such, cannot be a legitimate object of scientific research, and especially not an object of legal regulation. ‘Gender’, as an illegitimate construct, stands in opposition to ‘sex’ as a legitimate biological reality. It is precisely because of these and other anti-civilizational trends which question the present protection of human rights that we need to remain committed to our mission of cultivating humanity. It might be useful to recall philosopher Immanuel Kant's epochal essay “What is Enlightenment?” where he writes that the Enlightenment, as the antithesis of will's victory over reason, requires nothing but the freedom to publicly use one's reason to inquire about all matters at all times. Following the values of the Enlightenment and the value of education, which endorse the unconditional freedom to reflect and examine, and stress our independence from non-scientific authorities, it is currently equally necessary and essential to promote gender studies, both in theory and in practice. It is because of these new social challenges we must acknowledge the courage of everyone involved in this new – yet familiar – endeavour to expand and preserve the space of freedom and public use of reason: everyone who, in their unique way, resists the growing culture of ignorance and silencing.

‘Gender’ is not a concept antithetical to ‘sex’, nor is it its mere extension beyond the biological and onto the social sphere. There are still heated debates, both within and beyond feminism, about the differences and similarities between ‘gender’ and ‘sex’. However, it might be helpful to recall that universities in Europe and the world already offer courses whose titles encompass feminism, gender studies, and sex studies. Having underlined that we are dealing with overlapping fields of research, the aim of these studies has always been – and always will be – to acquire the core insights about the topics of sex and gender, to inquire about the history of this discussion, to explore, to question, to grapple with uncertainties, to think beyond established dichotomies, to untangle conceptual and problematic clumps, and to analyse the broader context of social hierarchies and power structures. Echoing the words of Marie Sklodowska Curie, we must pursue understanding to be less afraid.

Gender studies are, as Bojanić and Miloš note in the Introduction, followers of women's studies and studies in feminism(s). They are followers because they delve deeper than ‘woman's question’ and broaden their focus on understanding and cultivating humanity. What is more, their engagement transcends women's position in society to encompass other vulnerable, subjugated, and (still) underrepresented identity groups. Feminism, after four waves and a series of transformations, naturally evolved into gender studies, because gender inequality and discrimination require a more complex interdisciplinary space for argumentation and engagement. The relationship between rights and gender, art and gender, the economy of gender, the sociology of gender, the psychology of gender, the questions of diversity, sexuality, and violence, as well as the institutional status of gender equality or equal opportunities, are explored by research in gender studies.

The question of gender equality is substantially interdisciplinary and must be the space of profound collaboration between different sciences and disciplines, and also between different approaches. Gender studies' inclusive capacities for openness are incomparable to any other area. This feature may be rooted, as is argued by feminist-standpoint theorists, in the privileged epistemic standpoint of women, who, as they assume a subjugated place within the social hierarchy, have access to breadth and openness.  It may also confirm this topic's potential to be inclusive and to encourage self-examination in the direction of transparency and inclusivity. Many will, however, claim that this interdisciplinary and inter-sectoral overlap is produced by a joint commitment to ‘female’ aims, which sacrifices the original disciplinarity, as well as intellectual continuity and correctness. Many will attempt to explain this synergic and unificatory potential of gender studies by appealing to the fact this topic is usually explored by women, and all women think alike. Although all of these claims could be further debated, I believe we have reason enough to state that gender studies boast a unique quality: they cultivate theoretical and real-world openness, an engaged tolerance, and inclusivity. Is there a better recommendation for gender studies?

The cynicism and disinterest traditionally – and continuously – expressed towards the women's question and the subject of gender, as they are systemic calls for us to broaden the space of equality and female freedom, are becoming especially intense concerning scientific research and our plea for more freedom and equality between genders and identities. Gender studies perceive this as evidence they have prodded at the right questions, which ‘itch’ by tackling both conscious and implicit negative stereotypes and prejudice, which serve some by subjugating others. The social imaginary, as Miranda Fricker calls it, overflows with biases that generate social injustice towards vulnerable identity groups, an inequity that must be unearthed and abolished. This process is never comfortable nor easy because resistance is inevitable, but it is our duty to, as there is no alternative, examine and encourage it. In this sense, there is also no alternative to studying gender.

‘Ignorance is the most violent element of society’, wrote Emma Goldman. And the renowned Johann Wolfgang von Goethe stated that nothing frightens him as much as ignorance in action. Gender studies are part of the response, our door into informed and competent participation in the world of knowledge and social justice.