My name is Amber Fletcher, and I’m an Assistant Professor in the Department of Sociology and Social Studies, University of Regina, Canada.

I study the social dimensions of climate change (both mitigation and adaptation) in agricultural contexts, with a focus on gender. In particular, I study how women in agriculture are affected by—and respond to—climate extremes such as flooding and drought. I have attached a link to one of my recent articles. My major research site is the Canadian Prairies, an agricultural region with a history of severe and protracted drought. Climate scenarios indicate that the Prairie region is at risk of even more droughts in the future, interspersed with extreme precipitation events.

Within the social sciences, much of the research on climate impacts and adaptation has focused on the Global South—and for good reason. Due to global inequality and its associated issues (e.g., poverty, under-development), it is in the Global South where the impacts of a climate disaster are often strongly and immediately felt. Studies show that — due to inequalities in resource distribution, education, and other entitlements and rights — women and girls are often negatively affected by climate-related disaster.

But, climate change is a global problem with global effects. My own research examines the gender impacts of climate change in the Global North. Although residents of rich countries (particularly the most privileged) may be relatively buffered from climate disasters due to high levels of economic and institutional capital, farmers are still highly exposed. A flood or drought has the ability to wipe out an entire family’s annual income or even its entire livelihood.

When a climate disaster hits, it is the “main farmers” (often men) who bear the psychological burden of farm failure. This is particularly difficult because ideals of masculinity discourage men from talking about their emotions. Climate stress can be a heavy burden to bear. And, in rural Canada, mental health supports are few and far between.

Looking at men’s vulnerability challenges the idea that women are uniformly the “victims” of climate change. This idea has been discussed lately in the literature: the importance of recognizing women’s agency and avoiding victimizing discourses while, at the same time, recognizing that women are often disproportionately affected by climate events. It is important to bring visibility to the contributions women make and the challenges they face. In my research, farm women—who are often positioned as “supporters”—feel the weight of supporting their families and communities in times of crisis. They often have less agency than “main farmers” over coping and adaptation strategies. Their contributions to rural social capital are crucial but often invisible. This is linked to historical gender ideologies, which have naturalized the idea that women are “nurturers”.

Gender experts know that these constructs are primarily social, not biological, and that our “truths” about gender vary across time and space. Nevertheless, gender roles are linked to deeply rooted ideas and have structured our societies in particular ways; therefore, gender has the power to shape our experience of a climate extreme. Awareness of these social dynamics and inequalities can mean better climate adaptation policy that is attentive to local realities and that, ideally, challenges gender inequality at the social level.

I would like to end with two questions on these themes:

1. Climate change is a global problem and a gendered problem. Climate change is intertwined with inequality at multiple levels (e.g., global inequality, gender inequality). How can we examine and address the differential impacts of climate change between Global South and North, and between women and men, without a discourse that victimizes or reduces the agency of those most affected?

Hi Amber,
Thanks very much for a very interesting post, particularly for the issues you raise and the solid fieldwork you analyse.
Your first question is a very fundamental one, one to the main ones we have to face.
But, for the time being, I'd like to take on the second one. The relations between natural and social sciences have long been difficult, not to say inexistant, but I feel things changing a bit over the past couple of years, particularly in the climate area. My interpretation is that the "hard" scientists have recently discovered that the object they work on (i.e. the atmosphere, oceans, etc.) is in fact strongly influenced by social practices and human behavior - this is really new for them. I find that they are much more open to social sciences because of this (preferably economics because they use figures and models ...) but really aren't sure how to go about collaborating. (I don't think many social scientists are very open about that yet.)
Once social sciences come into the question, gender can and should appear immediately ! 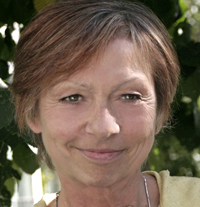 My experience is quite contrary: social sciences (or let's say scientiests) are open to natural/techn scientiest, but vice versa is quite difficult. We discussed in our feminist network on gender and environment/sustainability recently what it means if (e.g.) the pathways for degrowth or a decarbonised society are developed by social scientiests only,who might lack the basic knowledge of natural science. We did not result in a soltution or suggestion, but thought it me be really usefull to come back/to refer to the feminist critique on natural sciences, which as provided from inside this scientific community (Haraway, for example).
Furthermore, we need to provide the space to understand the different (scientific) languages, terms, and also the concepts and approaches. Everybody talks abour inter- and transdisciplinary reasearch - but this needs resources: time, space, money, support, structures... 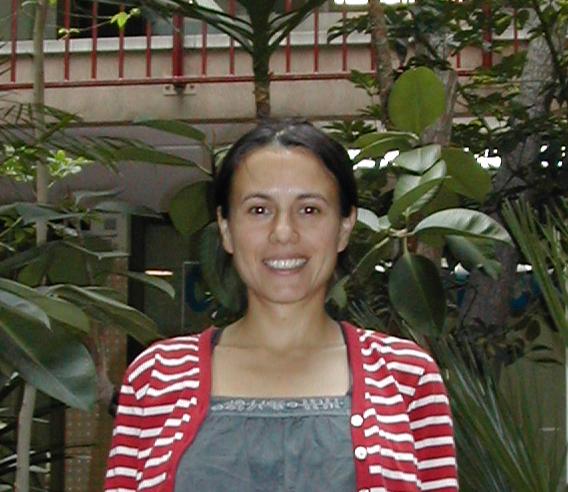 completely agree. It is more difficult for natural scientists to understand and get closer to social sciences if social sciences is really aiming and undertanding social processess. And indeed, the language topic is in itself a whole topic that need to be addressed. To me, the complex socioecological system framework developed by Elinor Ostrom is a good try into this direction. 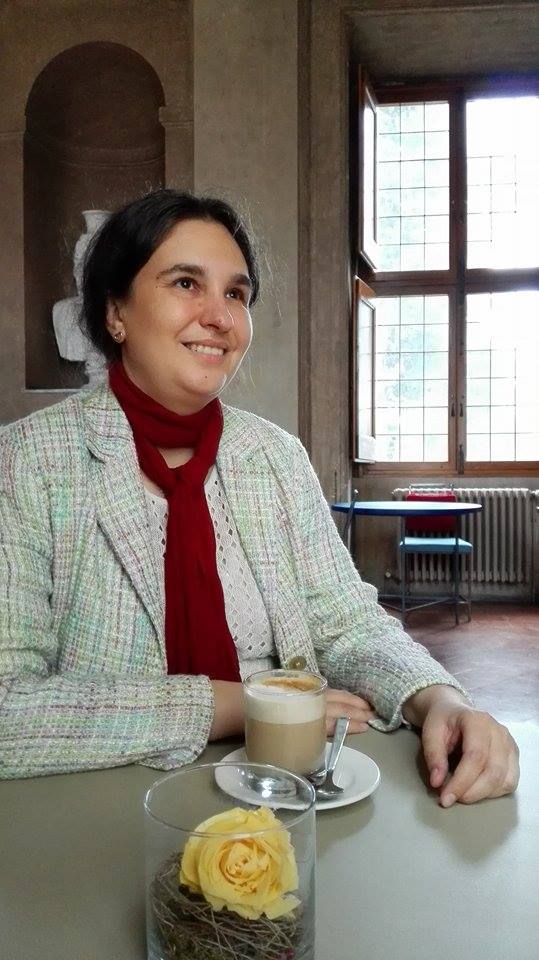 The European Geosciences Union is promoting collaboration between natural and social sciences in what regards disaster mitigation. In my oppinion it is more difficult to get to the implementation such as in land use policies by involving urban planners, as these dealt only little with this.

Reply to Amber and Cheveigne

Hi, I am an animal production and social scientist, so I have the natural and social science profile. My experience is that it is difficult for both worlds to open. In the field of climate change, as it is in the field of environmental sciences in general, there is clearly a widening of the research spectra. We can see that only looking at the profile evolution of IPCC experts, with more and more social scientists being part of the reports. Also the sustainability science and resilience community are clearly examples of this increasing connecctions among disciplines in the feil of environmental sciences. Agroecology as scientific discipline, for instance, cannot be understood without this approximations. However, there is still a lot of work to be done. It is difficult for natural sciences to understand how social scientists work, and also, when addidng social perspectives to dfferent research questions, it may happens that the answers need to be contextualised, to ubicate the research into an specific theoretical framework and so on, and this can make the results less generalizable and thus, less attractive for cartesian methods. So still a lot work to be done.
The topic is even more difficult if we want to address gender and power issues. This may put on the table several contradictions of our own research and societies and not everybody like this or feel comfortable in this situation (same with other topics linked to power, such as race or class) 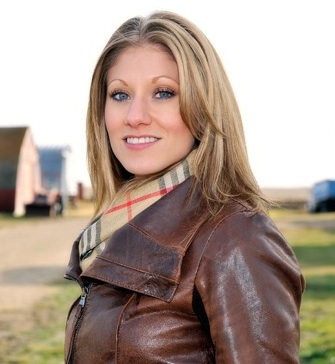 Thanks to everyone for the thoughtful replies. It seems that much depends on our experience with various projects we've worked on. Perhaps this leads us to an important conversation about which concrete strategies work well (and which don't) in integrating natural and social science on climate change through a gender lens. As Ulrike pointed out above, interdisciplinary research is resource-intensive. I think skills are another challenge. Many of us are trained as either social scientists or natural scientists (not both), so it's difficult to begin communicating across this (artificial) divide when we have different skills. Sometimes it feels like we are speaking different languages. There is much to be said for communicating our research clearly and accessibly -- in ways that speak to non-scientists but also to scientists trained in different "traditions" than our own. This reminds me of some earlier feminist work, wherein feminists (e.g., bell hooks) critiqued feminist theory for being incomprehensible to many women.

In another thread, Elaine Enarson suggested that one way to facilitate a gender lens in climate research is through the presence of a gender analyst dedicated to bringing that lens. This seems to me a very good strategy. I would add that the gender expert must be accompanied by a general willingness of all team members to listen and work toward the gender analysis rather than just assigning it to the appointed person and otherwise forgetting about it.

What other strategies work?

4 years 5 months ago
Posted by: joerg

14:00 – 17:00 CETPart II of our e-discussion focuses on concrete (disciplinary specific) challenges for incorporating a gender perspective into research dealing with climate action, the environment, resource efficiency and raw materials. In addition, practical examples from the field will give guidance and illustrate the potential benefits in terms of research excellence. What are good...
Comments: 48

With my first input in this discussion, I’d like to focus on gender in the UNFCCC process. In the fundamental documents, the Convention and the Kyoto Protocol, gender has been absent, and it took until 2001 to raise the issue and adopt a COP decision on gender balance in UNFCCC bodies, and until 2012 to adopt a more comprehensive decision on gender which involves also actions to promote gender-...
Comments: 10

4 years 5 months ago
Posted by: uroehr

4 years 5 months ago
Posted by: uroehr

I am a civil engineer and sociologist by background, and have been working on gender issues in planning, Local Agenda 21, environment, and especially in energy and climate policy for about 30 years. I was committed to mainstream gender into climate policy on local and national levels and have been involved in gendering the UNFCCC process since the very beginning. I am co-founder of the global...
Comments: 3

Hello Everyone, My name is Amber Fletcher, and I’m an Assistant Professor in the Department of Sociology and Social Studies, University of Regina, Canada. I study the social dimensions of climate change (both mitigation and adaptation) in agricultural contexts, with a focus on gender. In particular, I study how women in agriculture are affected by—and respond to—climate extremes such as...
Comments: 6

4 years 5 months ago
Posted by: joerg

14:00 – 17:00 CETDuring part I of our e-Discussion, experts are invited to give an overview of the field including recent developments such as for example the UN Sustainable Development Goals. Definitions of “gender” and “sex” are not identical across the manifold actors spanning different languages, cultures and certainly scientific disciplines. Neither are...
Comments: 34

There are currently 0 users online.

(There are not internal links in this group yet)